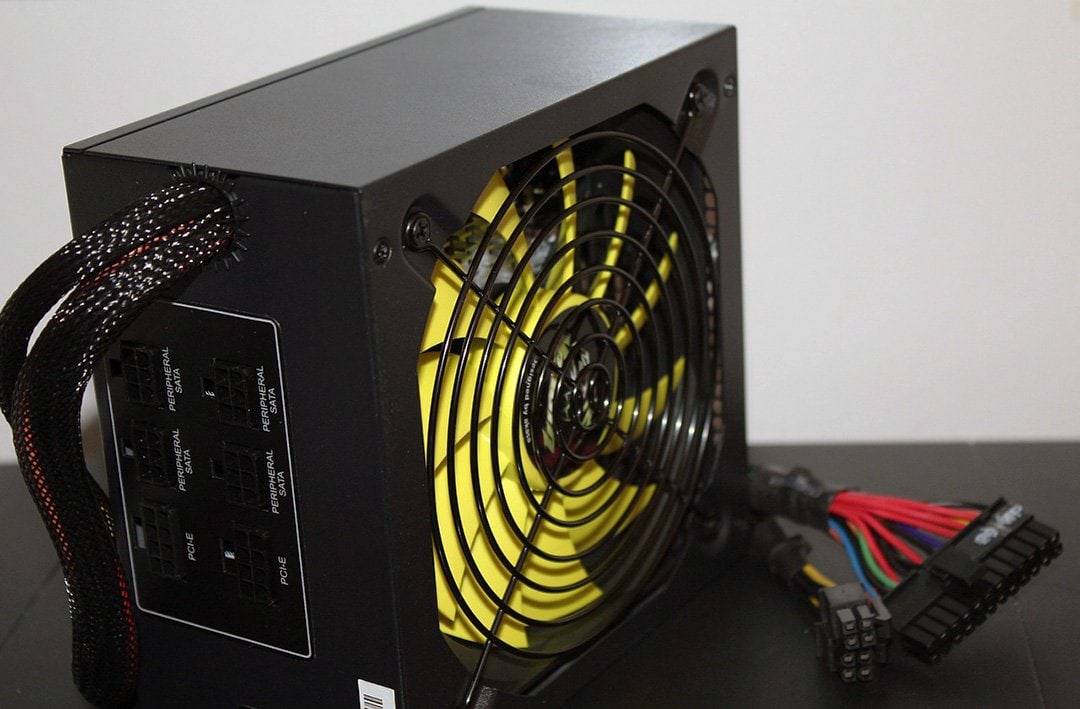 Some questions have a simple yes or no answer. Do you want extra toppings? Do you like Justin Bieber? Should you buy a modular power supply unit?

What is a Modular Power Supply?

Modular power supplies are simply power supply units with detachable cables. With that said, there are minor differences between fully-modular and semi-modular PSUs.

Intermission: What is a PSU?

The Power Supply Unit, or PSU for short, is the part of the PC that directly connects to a wall outlet and brings power to the rest of your system. This makes it the most important part of a computer, for it could be the hero that takes the bullet to save your PC. It can keep at bay a surge of electricity during an electrical storm, sacrificing itself to keep everything else safe.

Choose a bad PSU and it can also be the villain who decides to fry everything else. With no storm or bursts of electricity. Just because.

The primary difference between non-modular, semi-modular, and fully modular power supply units is that you can detach some or all of their cables at will. This modularity might sound awesome, but, well…that’s not always the case.

Before someone had the bright idea to make their cables detachable, all PSUs where what we today classify as non-modular. All cables were constantly attached, cable management wasn’t really “a thing”, and most people didn’t even know cable clutter could turn into a problem. Modular PSUs helped in that regard, but there are still situations where non-modular PSUs excel. 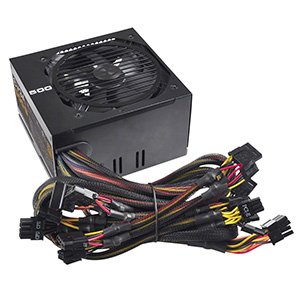 Thanks to capitalism, prices dropping, technology improving, and their design remaining rather static for decades, you can find truly stellar non-modular PSUs for much less than their modular counterparts. If you’re on a fixed budget and you have to choose between a genuinely good but non-nodular PSU or a mediocre but modular one, which sounds like the best choice?

Remember: every other component of your PC relies on this specific unit.

Modular and semi-modular power supply units contain extra hardware that allows their cables to be detachable. Non-modular ones don’t need such extra internal cables and connectors, freeing up that space. This makes them more compact as far as the units themselves go.

There’s a category of power users (hoarders) who end up using all available ports on their gear, be it a motherboard or a PSU. If you’re one of them, there’s no point in paying for modularity: you’d end up connecting all of them anyway.

Having all cables perpetually attached to your PSU means that you will have to manage both the cables you use and the ones you don’t. If your PC case doesn’t offer stellar cable management features, or you aren’t a cable management guru, you will end up having a mess of cables in your PC. This can annoy you during relatively simple procedures, like swapping a failed HDD, making it hard to find the specific two cables you need to disconnect. But that’s the least of the problems with a cable mess. You’ll also experience…

Fans cool our PCs by sucking cool air and blowing out hot air, creating air paths over the components of our PCs. A bunch of excess cables in front of them can restrict airflow, leading to lesser cooling and higher temperatures. Higher temperatures affect both the longevity and performance of your PC.

You’ve read about Non-Modular Power Supply Units and decided that, nope, you don’t want your PC’s performance dropping or a cabling nightmare. You know a modular PSU is right for you. But is it? Or should you go semi-modular? 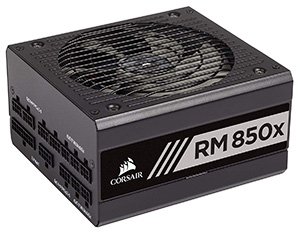 The biggest advantage of modular power supplies is you can remove any cable you don’t need. Most users need only four or five cables. This leads to better cable management, better cooling and lower temperatures, which translate to better performance for the rest of your hardware.

Having no useless cables dangling around helps when dealing with the ones you need. It also makes it easier to figure out what connects where and to cable manage them.

The lack of tangled multicolored cables can help a lot with the aesthetics of your build. Let the LEDs shine through!

With a modular power supply unit, instead of having to remove a stiff 20/24-pin connector from the motherboard, just disconnect the PSU side of the cable. There, problem solved!

+ Ability to replace one damaged cable

Being able to remove any single cable means that you can also replace it. It’s rare for a single cable to get damaged but it can happen. And when it does with a non-modular PSU, you have to replace the whole unit.

– Connectors can fail after repetitive use

The first modular power supplies didn’t have the most reliable connectors. Because of problems with some of them, people used to think all modular PSUs were less reliable than their non-modular counterparts.

Although this isn’t a problem anymore, that doesn’t mean it the improved connectors in newer PSUs are designed to be repeatedly connected and disconnected, day in and day out. As Murphy’s Law states, anything that can fail will fail. Don’t overdo it.

Having no cables attached by default means that you’ll have to connect everything yourself. If you are new to building PCs, having to deal with a bunch of exotic cables might seem too complex. Don’t worry, you’ll pull it off, but you will have to pause sometimes to figure out what goes where.

Those removable cables have to connect somewhere. And that “somewhere” consists of extra cabling and ports, that end up making modular PSUs larger than their non-modular brethren. It would be best to check out the available space in your PC case before buying one.

Semi-Modular Power Supply Units offer the best but also the worst of both worlds. Strangely, this mix of characteristics makes them a better choice for most people. 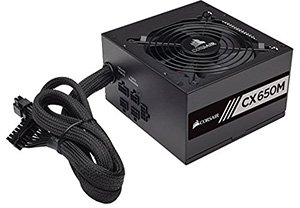 Semi-Modular Power Supply Units are by far the easiest for new builders since most necessary cables come pre-attached. “Most” because some models might come with only one of the following cables pre-attached and others with all of them:

If a cable is too short, it might not easily reach a component. Too long and it can add loops to the cabling chaos. With a modular PSU, you could swap it for one that’s just perfect. With non-modular and the pre-attached cables on semi-modular ones, you’re stuck with what you got.

– Dangerous to attach the wrong cable

Although they might look the same, cables in both modular and semi-modular PSUs can be incompatible. When dealing with removable power cables, always check the device’s manual. Double-check every cable and connector. Never mix or swap them. And when buying a replacement cable, make sure it’s compatible specifically with the PSU you’re buying it for.

Since at least some cables are fixed, semi-modular power supplies share the same problem with non-modular ones: those cables can look ugly in specific builds, where you might want to have uniform coloring.

Can You Just Choose Any of Them?

Assuming the power supply is compatible with your motherboard and can provide enough energy for your components, yes.  The option to detach cables is only a luxury. Unlike their cable connectors, most PSUs aren’t that different. They’re designed to power the same types of hardware in the same way.

How Many Watts Should Your PSU Be?

Your main priority when buying a new PSU is to give your computer the power it needs. To figure out how much wattage you need, you can enter your PC components into a power supply calculator like OuterVision’s.

It’ll give you a rough idea of the wattage level you should look for in a power supply. But beware, just because the calculator said 450W doesn’t mean you should go buy a 450W PSU.

The wattage mentioned on a PSU’s packaging is usually its peak performance. Your average car might be able to reach 200 mph but it isn’t designed to keep going at that speed. Similarly, a PSU’s peak performance means that it can offer that amount of power, but only for a limited amount of time.

As a rule of thumb, you’ll be safe purchasing something with 20%-30% more wattage than what your build needs. If you calculated you need a 700W PSU, check models in the 850W-1000W range. That way, you won’t overload it and you’ll have some leeway for future upgrades.

It’s also worth spending some extra money to buy a power supply that carries a higher 80 Plus certification. You’ll end up getting it back thanks to somewhat reduced electrical bills. And that’s because the higher the 80 Plus specification, the better a PSU manages electricity.

Old-school Rant: A Part Worth Its Price

Whatever you end up buying, we’ll bid you farewell with something we’ve learned through the years: buying a good PSU is an investment.

When your PC can no longer handle the latest games, upgrading your GPU or CPU (which sometimes demands upgrading your motherboard and RAM) can remedy the problem.

But just like your monitor, keyboard, and mouse, your PSU could very well remain the same between many builds.

That’s why you should treat it as a priority. 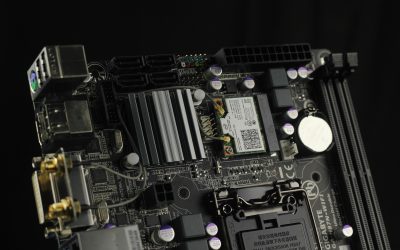 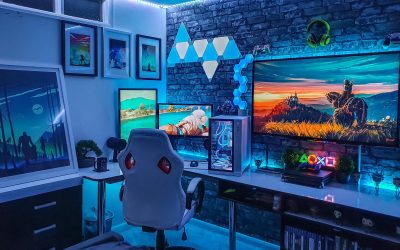 Are you stumped on what gift to get the computer geek in your life? Don't really understand the world of PC hardware and gaming? Fear not, we've got your back. We've curated a list of the best tech gifts big and small that the computer nerd in your life is sure to... 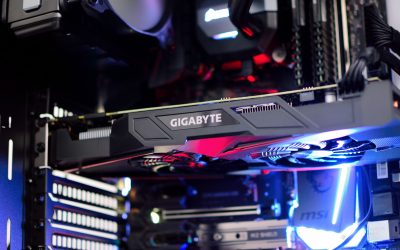 Is your expensive graphics card succumbing to the forces of gravity? If so, you're not alone. GPU sag is common and can affect even brand new cards. An unlucky combination of GPU bulkiness, design flaws, and poor PC case fitment is often the culprit. In this article,...