Are you addicted to gaming? Take the Video Game Addiction Test to Find Out 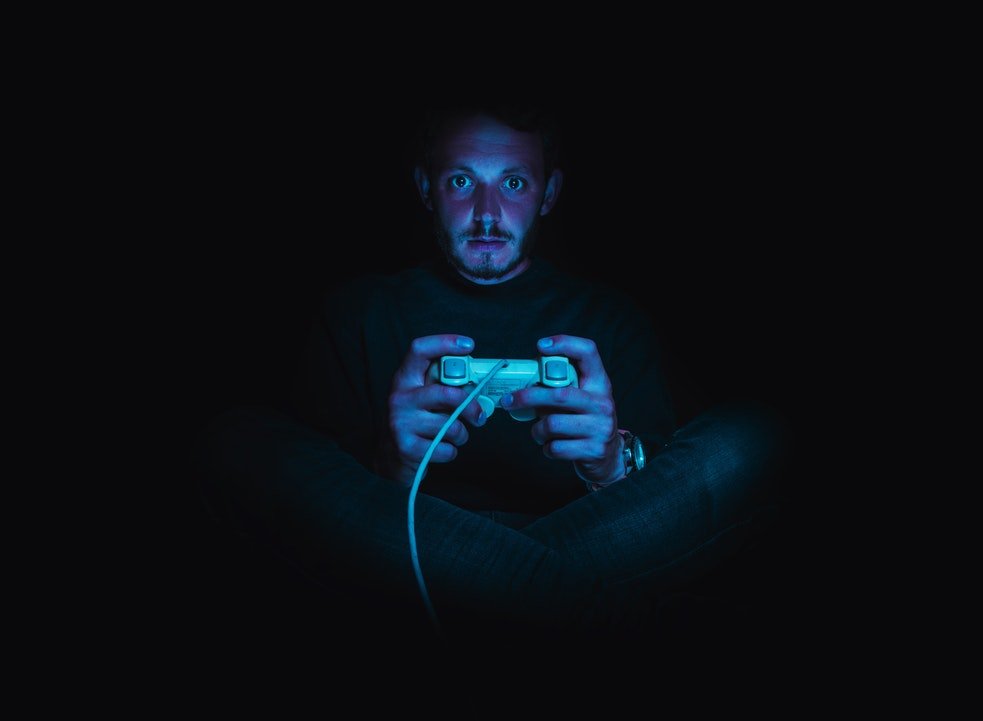 Has your favorite hobby turned into an addiction? This study-validated Video Game Addiction Test (VAT) might be your best bet at a self-evaluation. Take this short quiz to find out where you stand.

You might play video games regularly or enjoy the occasional binge, but you don’t let it interfere with your life. Gaming is likely a healthy hobby for you.

15-28: Your gaming habit could be unproductive

You sometimes let video games get in the way of other important activities but you’re most likely not addicted yet. Keep an eye out on how your gaming habits change over time and practice moderation to make sure it stays under control.

29-42: You may have some level of video game addiction

You may have realized (especially after taking the quiz) that your gaming habits are negatively impacting other parts of your life. You may want to put measures in place to moderate your gaming or quit for a few weeks to see how it affects your mood and behavior.

At this level, video games are a huge part of your life. You likely think about them even when you’re not playing and let it affect your other daily decisions.

You may also find that you are playing video games as an escape from another uncomfortable issue. It’s important to understand the reason behind your gaming habit to make progress towards controlling it.

If previous attempts to moderate or stop your gaming have been unsuccessful, you may wish to get others involved to support your cause. More info on that below.

*Please note that this test is for educational purposes only. It is impossible to make a complete diagnosis via written test alone.

**While these test questions and scoring system nearly exactly match the original VAT, the interpretations of the score are my own. In general, the higher the point total, the more problematic the gaming behavior.

Before we talk about how to overcome video game addiction, it helps to understand it a little better. After all, the word “addiction” is thrown around so casually in our culture. 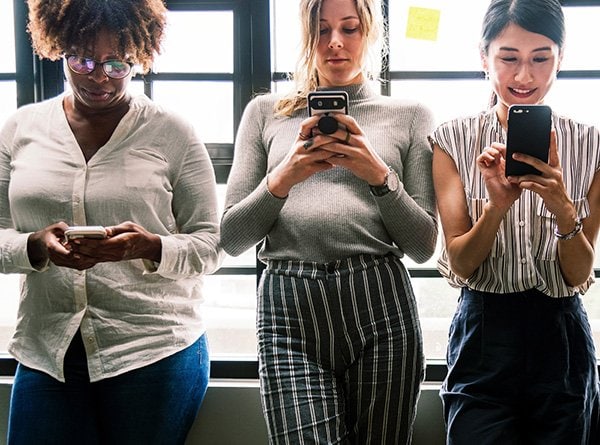 “I love this game. It’s so addicting.”

The common misuse of the A word unfortunately detracts from how serious it can be. Because if everyone’s “addicted” to Candy Crush, is anyone really addicted?

The World Health Organization thinks so. They call it gaming disorder.

Gaming disorder is defined in the 11th Revision of the International Classification of Diseases (ICD-11) as a pattern of gaming behavior characterized by impaired control over gaming, increasing priority given to gaming over other activities to the extent that gaming takes precedence over other interests and daily activities, and continuation or escalation of gaming despite the occurrence of negative consequences.

While this definition might sound very close to your relationship with video games, it’s important to note that gaming disorder only affects a very small percentage of people.

A large 2017 study by the American Journal of Psychiatry found that only between 0.3% to 1% of the general population actually qualified for a diagnosis of internet gaming disorder.

The exact cause of video game addiction is complex and still a topic of much debate. What we know so far is gaming disorder is considered a behavioral addiction.

Behavioral addiction…is similar to drug addiction except that in the former, the individual is not addicted to a substance but the behavior or the feeling brought about by the relevant action. (source)

So what addictive feeling is brought about by video games?

Think about when you work hard to unlock an in-game achievement, grind to the next level, or pull off an impressive play. The game rewards you immediately. This gives you a sense of accomplishment and a nice hit of dopamine to your brain—that’s the feeling you get addicted to.

In the outside world, we only feel this same pleasure when we work hard and make progress toward our goals. This takes time and effort, and the rewards are unpredictable. It’s much easier to just play a video game instead. But there’s one major difference.

Unlocking real life achievements like landing a high-paying job or a improving your social skills lead to long lasting happiness. Our video game accomplishments only provide us short-term pleasure, usually followed by the need for more gaming.

Playing video games is also often used as an escape from stress or other uncomfortable feelings. An activity as immersive as today’s video games are a great way to get our mind off things, but when done in excess, becomes a new problem in itself.

Combine this easy, feel good activity with tight social circles that encourage it, it’s no wonder we get hooked.

How to break video game addiction

Before we get into any strategies, let’s address a daunting question you probably have: Can I play video games in moderation or do I have to quit altogether?

In short, the answer is it depends if you truly have gaming disorder.

If you don’t, playing video games in moderation is certainly possible. You might fail a few times, but using strategies like the ones I’ll mention below will eventually lead to success.

Conversely, if you scored very highly on this video game addiction test, you might fall under the small percentage of people that have gaming disorder. In that case, abstaining from all gaming behavior might be your only solution.

Moderation is a perfectly good recommendation for everyone making a start. Those who succeed with it will see their lives improve. Those who fail with it will realize that their situation is more serious than they thought, a very helpful awareness to gain.

If you’d like to try using moderation to overcome your video game addiction, here are a few great strategies.

This strategy involves first understanding why you play video games and then substituting in new activities to your life that provide the same benefits.

So why do you play?

Is it because you love the competitive aspect? If so, you can take a more competitive approach with your other hobbies too. Instead of playing basketball casually, join a league. Instead of jogging just for exercise, sign up for race! 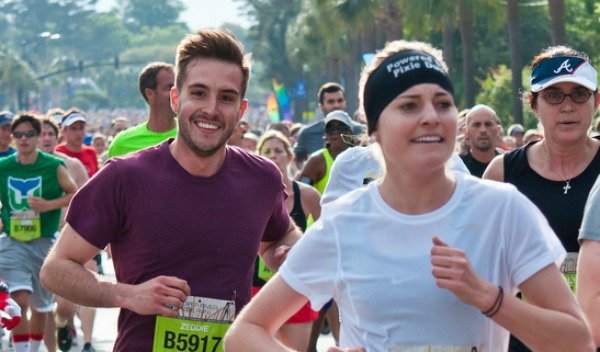 Hey you might be a ridiculously photogenic runner and not even know it yet.

If you love playing video games for its social aspects, you can meet up with those very same friends for real life events too.

Or are you hooked on the grind? It’s nice to know that you could put time and effort towards something with guaranteed rewards on the other side. In that case, you might be interested in treating your life like a video game.

Once you fill your life with other activities that give you the same benefits as video games, you’ll find you no longer need to play them as much.

Speaking of the grind, we all know how time-consuming MMOs or online competitive games could be. There’s often no end to how many levels you could train or how many ranked matches you could play.

It’s also hard to stop when your friends keep saying “one more game” or “we can’t end on a loss”.

Sticking to only single player games allow you to stop and save your progress whenever you want, without additional outside temptations.

This was the main approach that allowed me to get my video game addiction under control. I lied in bed anxious and upset when I realized yet another day had passed me by, and I had accomplished nothing.

I didn’t have the proper judgment to play for a reasonable amount of time. If left to my own devices, I would play all day. I knew I had to set strict rules for myself to make sure that wouldn’t happen.

It was a blow to my ego to place limits and restrictions on myself but I clearly couldn’t be trusted.

I came up with the following rules:

With these rules in place, I was able to enjoy video games in moderation while still working productively towards my other goals.

Find out what you would you like to accomplish every day and only play video games once your more important tasks are handled. Come up with strict rules for yourself to encourage this behavior.

Even if you don’t wish to quit gaming completely, video game addiction expert Cam Adair still recommends you first take a 90-day detox. Why? It’ll help “sober” your brain from the non-stop dopamine it gets from gaming.

This soft reset will not only help you think more clearly and make better decisions, it’ll show you what life is like without video games. You never know—you might like it.

Seek support from others

Speaking about your personal issues might not seem appealing, but don’t underestimate how good it feels to talk to someone who understands exactly what you’re going through. The best part is you can do this online and anonymously.

Here are few great resources to check out.

r/StopGaming Community
If you’re a gamer, you’re probably already on Reddit. But did you know there was an entire subreddit dedicated to people quitting gaming? There are tens of thousands of members whose experiences you can learn from and connect with. They also have an active Discord channel.

Game Quitters Forum
GameQuitters.com is a massive educational resource for people battling video game addiction. They have helpful articles, case studies, and an active forum where you can connect with like-minded people.

Computer Gaming Addicts Anonymous (CGAA)
The CGAA is a more traditional support group based on strong principles and fellowship. They host many in-person events throughout the world so check out their list of local support groups if you’d like to attend. They also host online meetings on Discord and Mumble.

On-line Gamers Anonymous (OLGA)
OLGA is an online organization known for valuable website resources including a directory of professionals who specialize in gaming addiction. They also hold face-to-face meetings in select locations.

I can honestly say I turned my life around when I finally admitted my playing video games had become a problem. Just by taking this video game addiction test, you’ve already taken the first and most important step. Now you just need to take the next one.

Try out some of the strategies I listed for breaking video game addiction and take back control of your life. You got this! 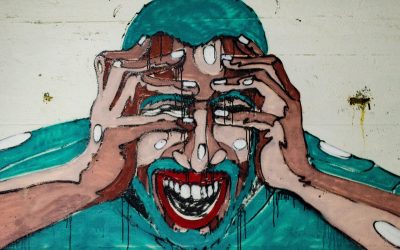 Do your eyes hurt after a long gaming session? Some irritation is unavoidable when spending countless hours in front of a screen, but there are many ways to help reduce it. We’ve compiled seven different strategies you can try together or separately to reduce video... 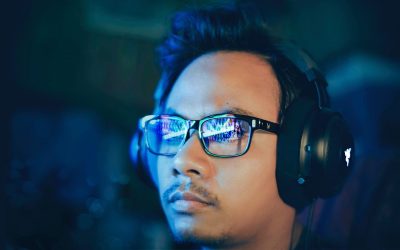 The Truth About “Gaming Glasses” (Do They Really Work?)

It wasn’t long ago when it seemed like every other streamer or pro gamer had on a pair of yellow-lensed gaming glasses. Was that just your favorite player cashing in on a sponsorship deal? Maybe, but gaming glasses also provide more than monetary benefits to... 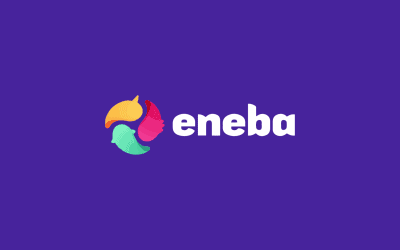 Is Eneba Legit? What You Need to Know Before You Buy

The Quick Answer As with all online marketplaces, there is a chance for third-party sellers to provide a faulty product. But because of Eneba’s strict policies for vetting and managing their sellers, PayPal Purchase Protection, and their do-good brand, we feel...