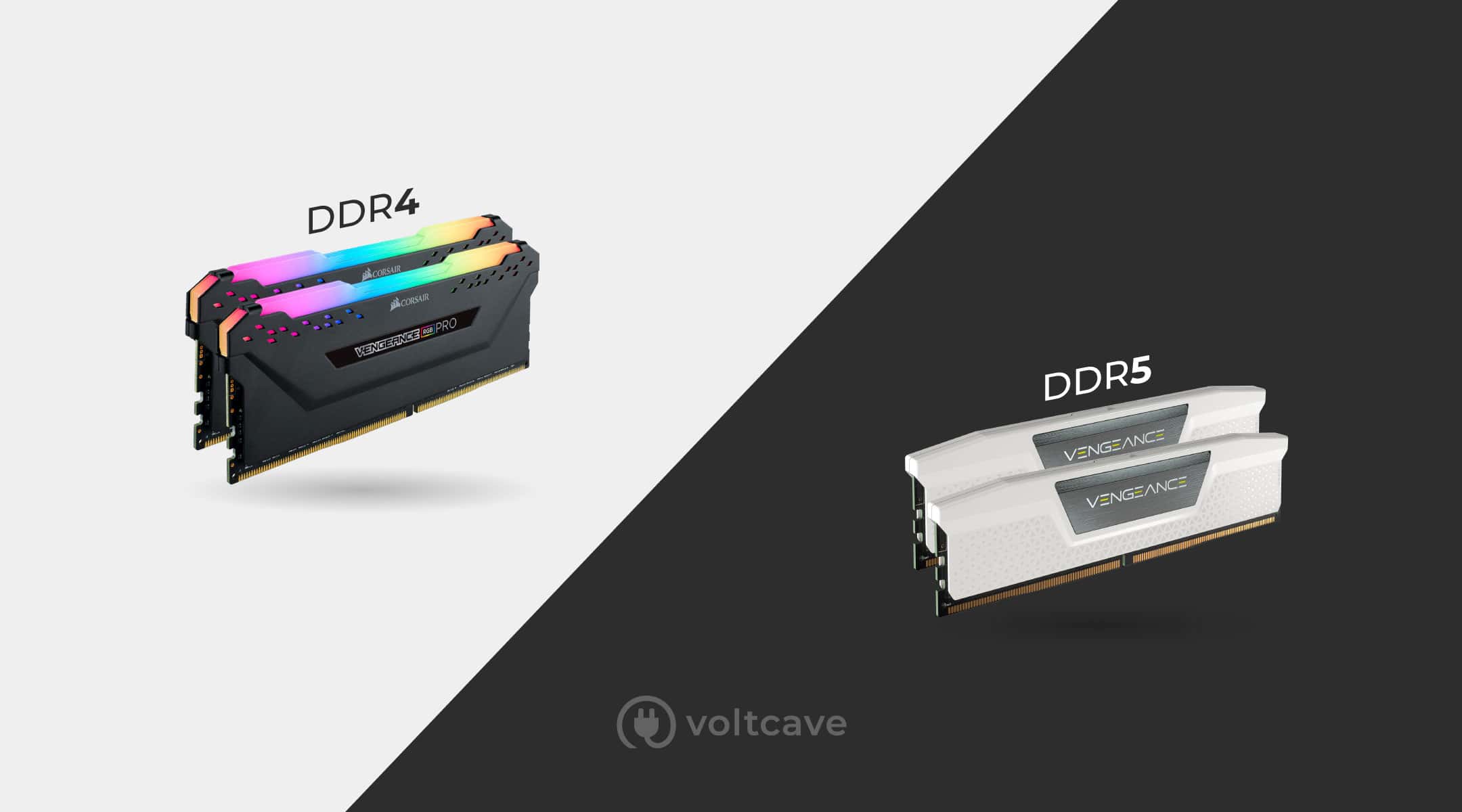 Intel’s 12th Gen Alder Lake CPUs are out, bringing with them support for the latest DDR5 RAM. With that comes an extra decision to make if you’re planning a new build with Team Blue’s latest CPUs. Namely, DDR4 vs. DDR5.

After all, the two types of RAM aren’t interchangeable, and you’ll have to make an important decision. Do you get a DDR4 motherboard but risk being left behind once DDR5 becomes mainstream? Or do you get in early with a DDR5 motherboard and RAM but pay a significant early adopter premium? Let’s compare the two and see how things are shaping up right now.

This may not seem like an obvious place to start when comparing DDR5 vs. DDR4. But both are problematic enough at the time of writing that we felt it essential to set the stage here before discussing the performance differences between the two types of RAM.

DDR5 RAM is currently significantly more expensive than DDR4 RAM. That’s not a big surprise given how new it is, but the fact that a DDR5 kit like G.Skill’s Ripjaws S5 32GB 5200 MHz will set you back around $280 still stings. It’s a considerable increase over the $150 or so you’d pay for a high-end DDR4 set like this Ripjaws V 32 GB 3600 MHz CL16 kit. 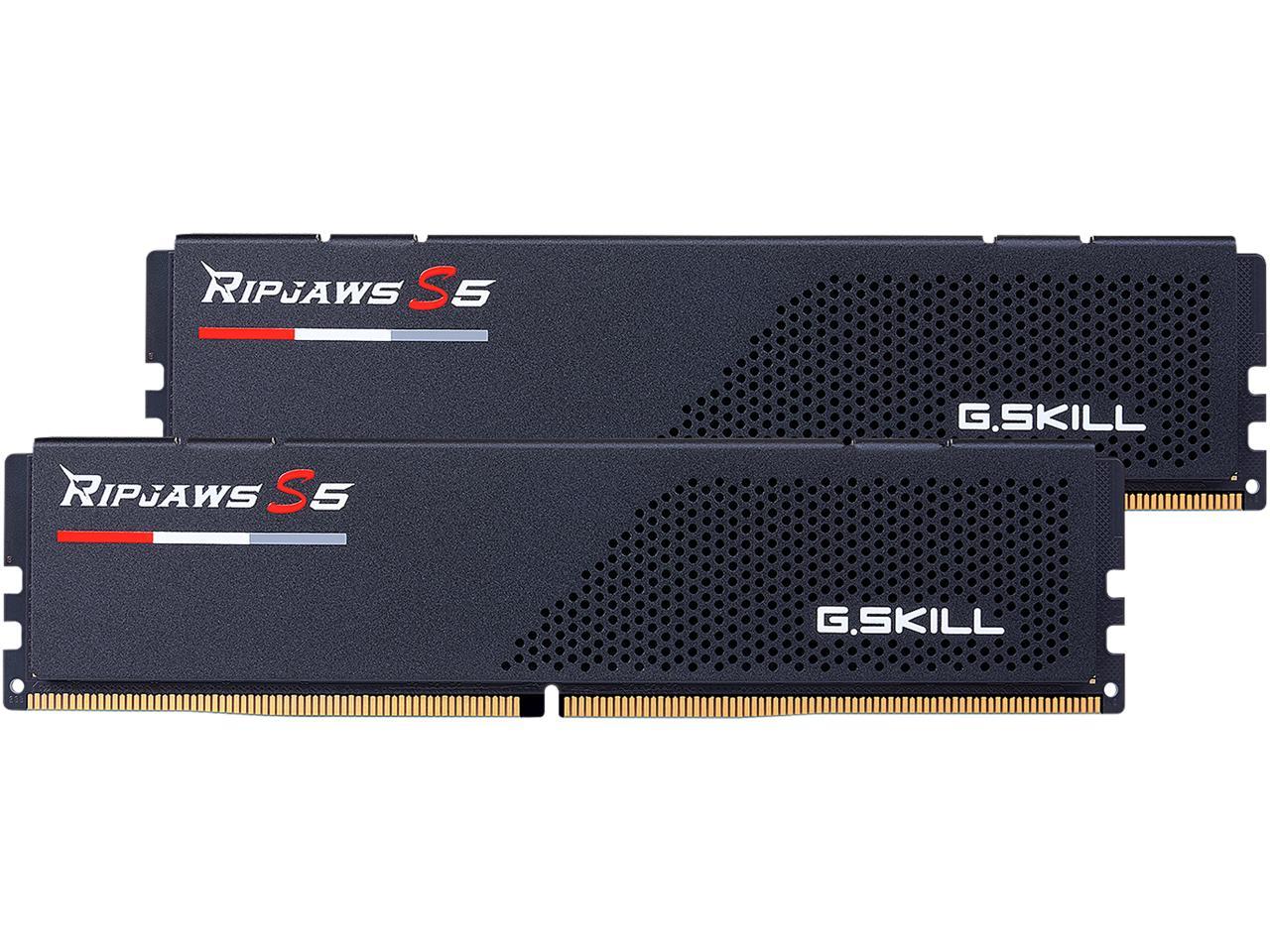 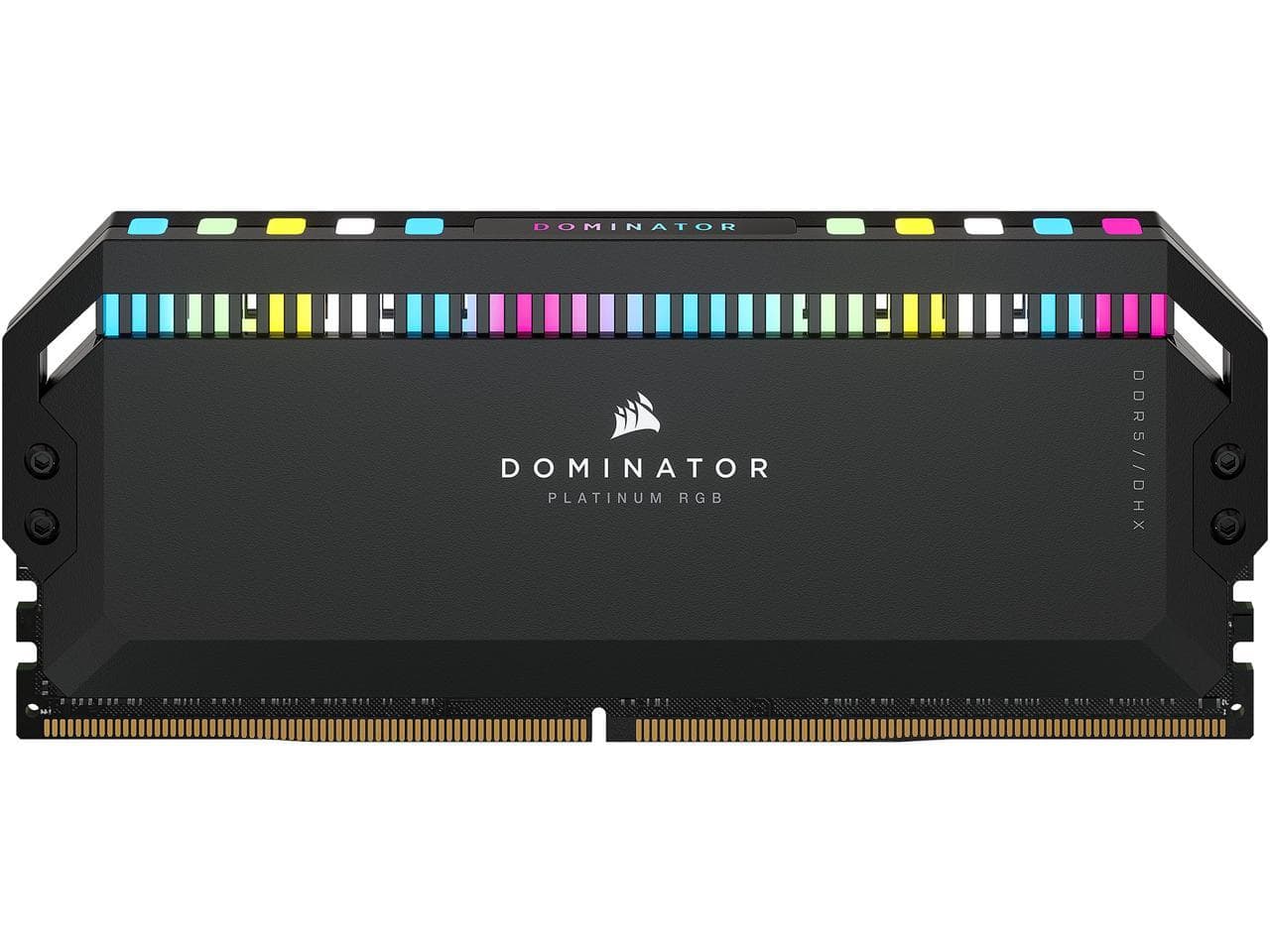 Pricing isn’t the only issue, either. There simply isn’t enough DDR5 RAM to go around, and most kits are temporarily out of stock at retailers at the time of writing. This has a lot to do with the power management chip that’s part of the new DDR5 RAM standard, which is in short supply.

So, that’s how things stand at the moment. DDR5 is more expensive and harder to buy than DDR4. Bear that in mind when we take a look at the performance differences between DDR4 and DDR5.

The most significant difference between DDR4 and DDR5 for the average consumer is likely going to be performance. On paper, the higher clock speeds of DDR5 should give it a definite advantage over the older RAM.

Let’s look at both synthetic and real-world performance to see whether it’s worth ponying up for a DDR5 kit to go along with your new CPU.

There are two main aspects to RAM performance: frequency and latency. Frequency-wise, most higher-end DDR4 RAM kits generally run between 3200 and 3600 MHz (or, more accurately, MT/s), with only enthusiast overclocking kits going past the 4000 MHz barrier.

In contrast, DDR5 kits start at 4800 MHz and go up from there. So, in terms of raw speed, DDR5 definitely has the upper hand. However, speed is only half the story. RAM’s CAS latency also plays a role in its overall performance.

For the uninitiated, CAS (Column Access Strobe) latency measures how many clock cycles it takes to output data that the CPU requests. Lower is better here, as it indicates fewer cycles where the CPU is kept waiting by the RAM. 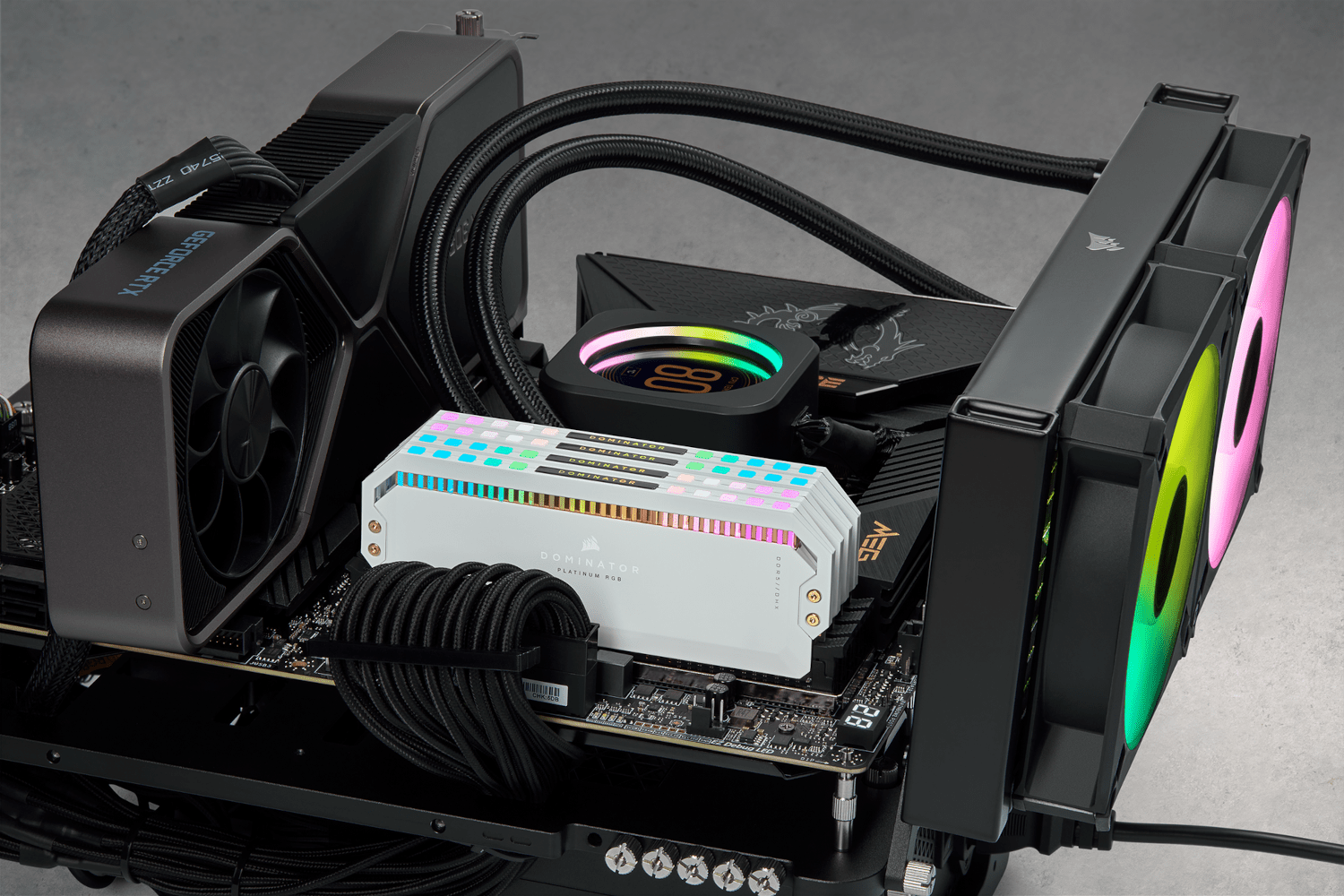 Most high-performance DDR4 RAM will run at CL16 latency, like this 16GB G.Skill DDR4 3600 kit. On the other hand, DDR5 RAM starts at CL40, and even the highest-end kits available so far are still comparatively slow at CL36.

Those latency numbers aren’t great, but it seems that DDR5’s massive speed advantage makes up for the increased latency in most consumer scenarios. Unless you have particularly latency-intensive workloads, DDR5 probably has the edge here too.

Even the entry-level 4800 MHz DDR5 kit handily outpaces high-end DDR4 memory in the AIDA64 benchmark. And that’s at CL40 latency, too. So there’s definitely a measurable advantage to DDR5, even if it is in a synthetic test.

But artificial benchmarks don’t always translate to real-world performance advantages. Especially not in gaming. So let’s check out some gaming results next.

The DDR4 vs. DDR5 picture changes somewhat when we start talking about everyday scenarios like gaming. Here, the benefits aren’t quite as clear-cut and will depend very much on the games you play and your preferred graphics settings. 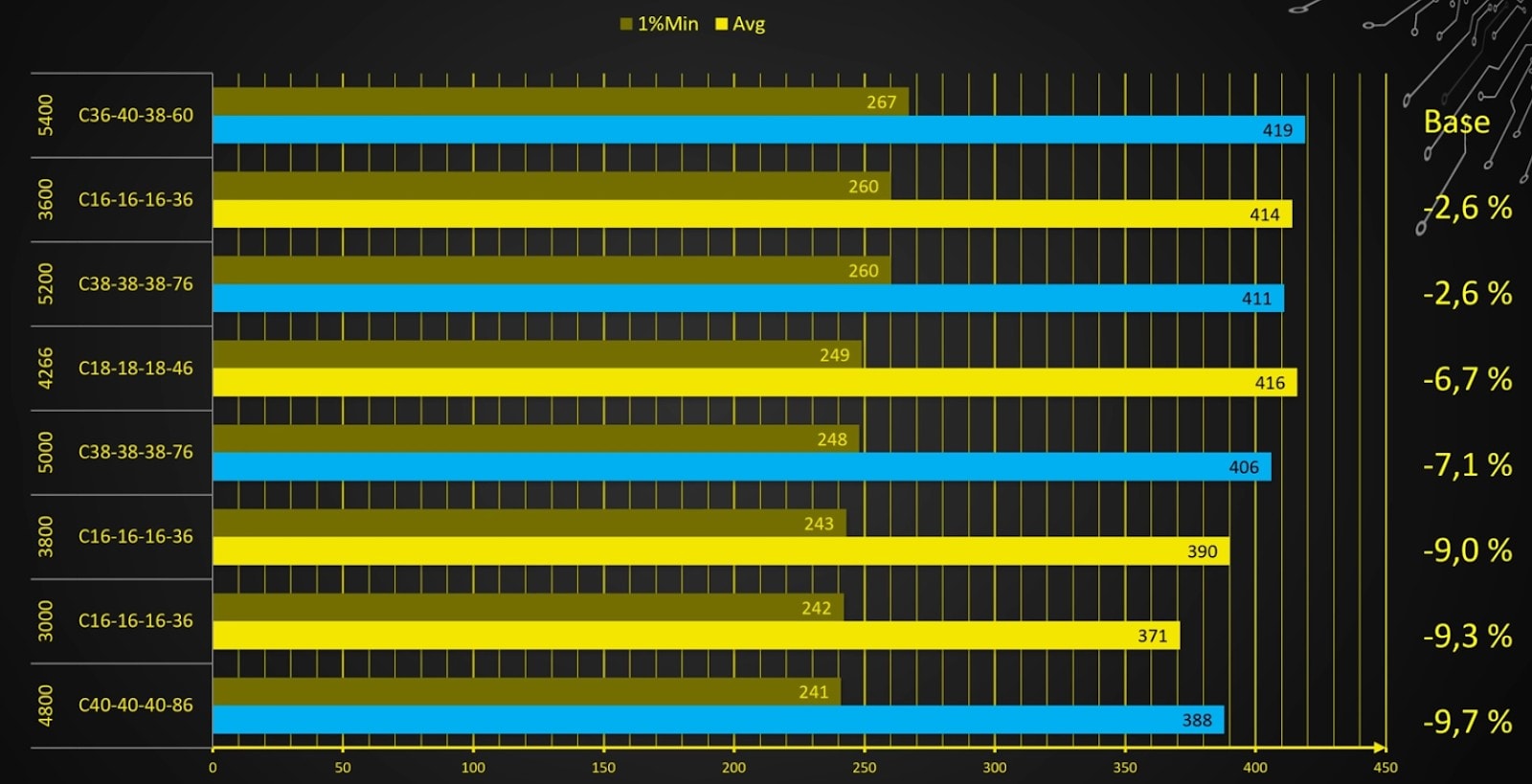 Of course, PUBG isn’t the only game in town. Some games show a more significant advantage for the newer technology. Far Cry 6 is a good example. It seems to really like memory bandwidth and posted one of the biggest advantages for DDR5 across all the testing results that we’ve seen.

If you crank your games up and work your GPU harder (to the point where it becomes the bottleneck), the gap between DDR4 and DDR5 shrinks to what we consider to be an insignificant margin.

There’s barely anything between the RAM at 4K and high settings in Far Cry 6. A 4.6% gap in minimum FPS between the 5400 MHz CL36 DDR5 RAM and relatively pedestrian 3000 MHz CL16 DDR4 RAM isn’t worth getting too excited about. And if you already have a 3600 MHz kit, then there’s really no significant benefit to DDR5 at this point in time.

So, overall, while DDR5 does have real-world performance benefits, it’s hard to offer a blanket recommendation based on performance here. Especially not when even productivity tasks don’t seem to see huge gains with DDR5: 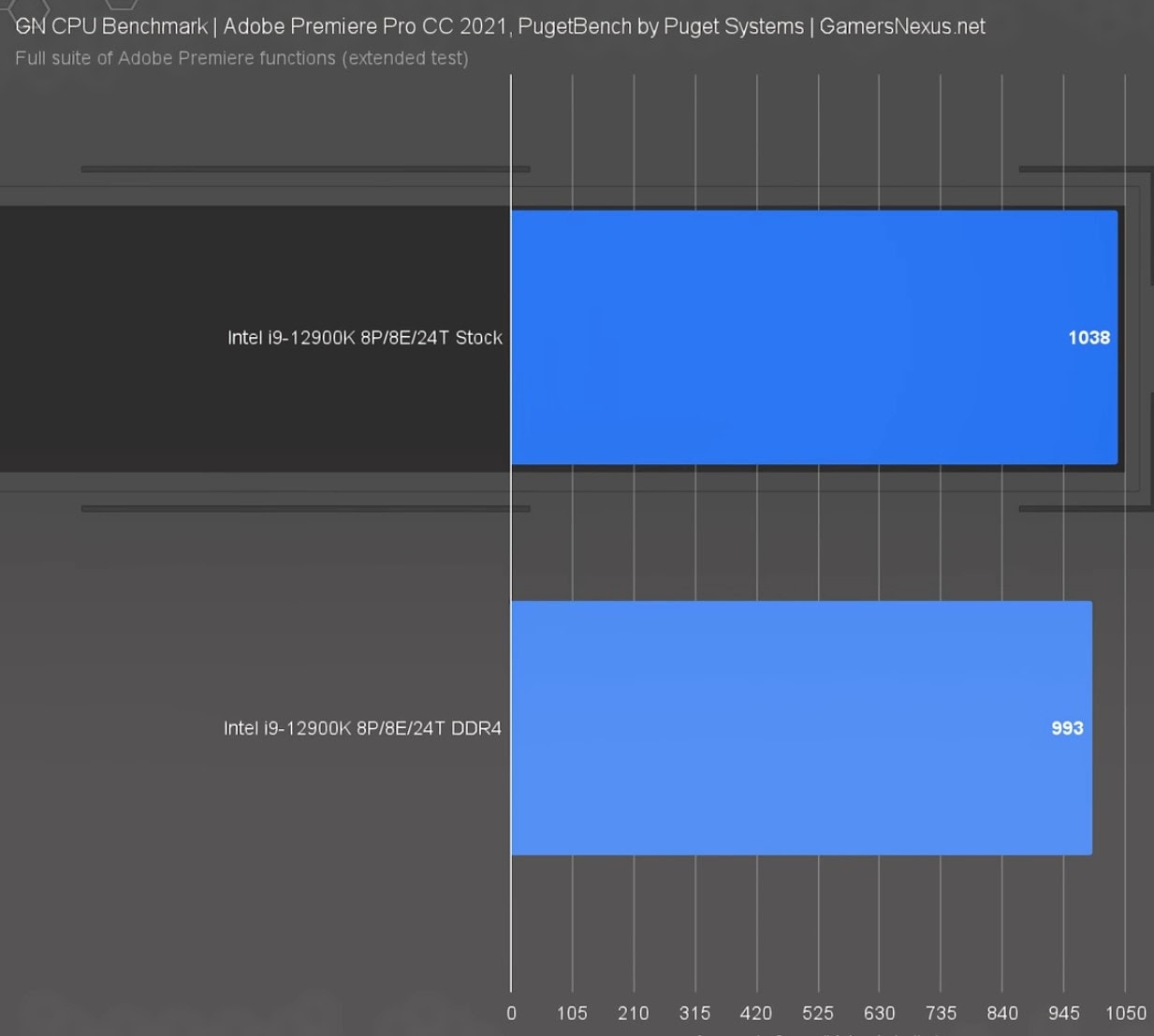 Gamers Nexus measured a 4.5% higher total score in Puget System’s Adobe Premiere Pro PugetBench for DDR5 vs. DDR4. An uptick for sure, but not as huge as you might expect given DDR5’s extra speed.

There’s definitely a measurable advantage with DDR5, so it might be worth the extra cost if you’re chasing every last bit of performance. But you won’t really be losing out on that many frames by sticking to a high-end DDR4 kit, either.

We think you’ll agree that it’s not looking that great for DDR5 so far. The high price and limited availability diminish the value of the performance improvements (when present). But there’s more to RAM than pure performance numbers, and DDR5 does have a few features that make it an improvement over DDR4 overall.

Firstly, DDR5 features on-die ECC (error correction code), which protects against data errors in the RAM itself. Admittedly, it’s not quite the same as the “full” ECC RAM that you see in servers and workstations (which also protects against errors when the data is being transmitted). But it’s a positive nonetheless and should improve stability at DDR5’s high speeds. 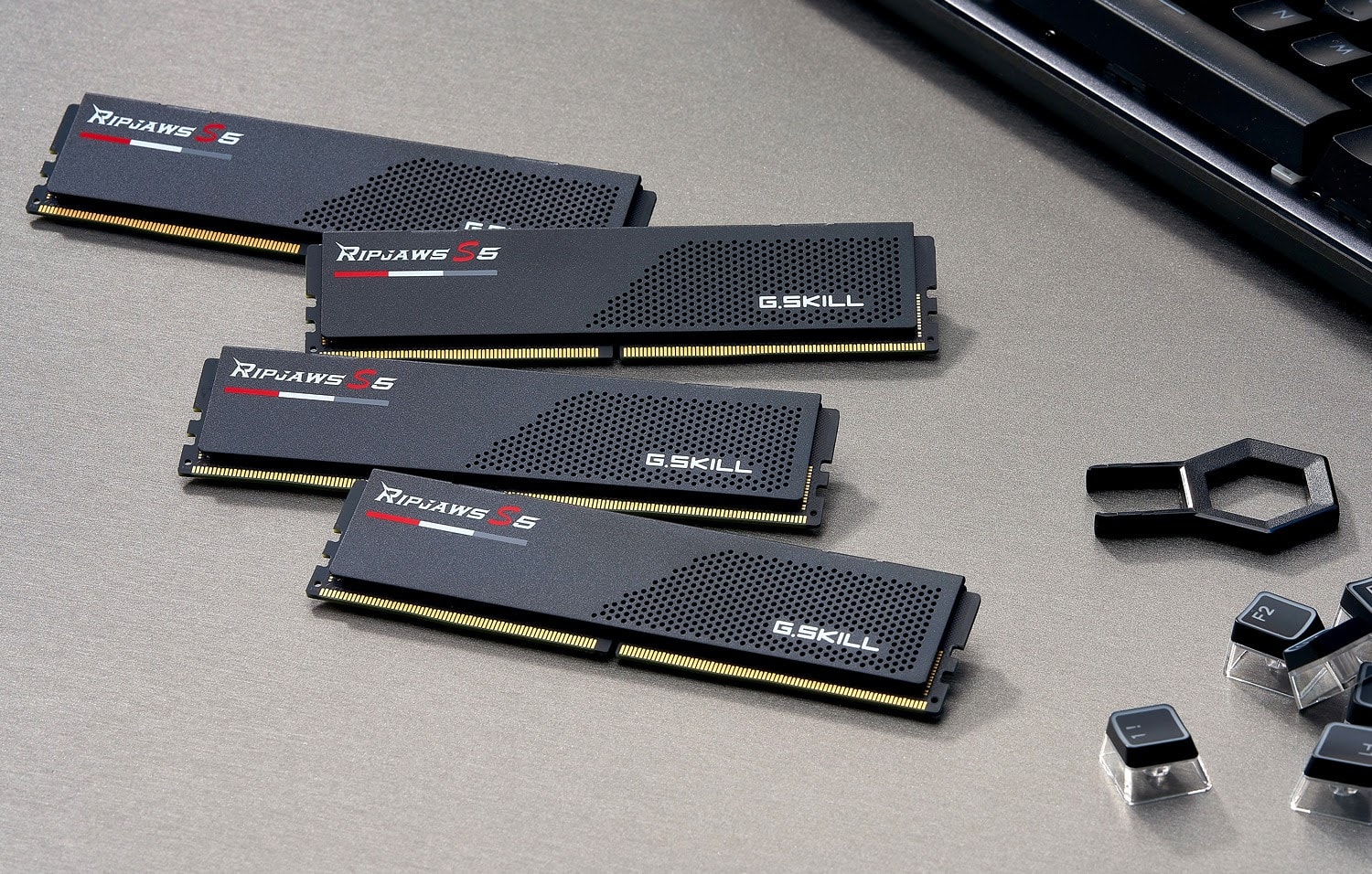 Secondly, DDR5 is designed to support higher-density memory chips than DDR4. DDR5 will eventually support 64-gigabit memory chips, a significant increase over the DDR4’s 16-gigabit maximum. This means that we should see 128 GB sticks of RAM become quite mainstream over DDR5’s lifespan.

That probably won’t be useful for most gamers, sure. But the prospect of 512 GB of RAM in a standard consumer ATX motherboard with some error correction is something that content creators and professionals should be excited about. 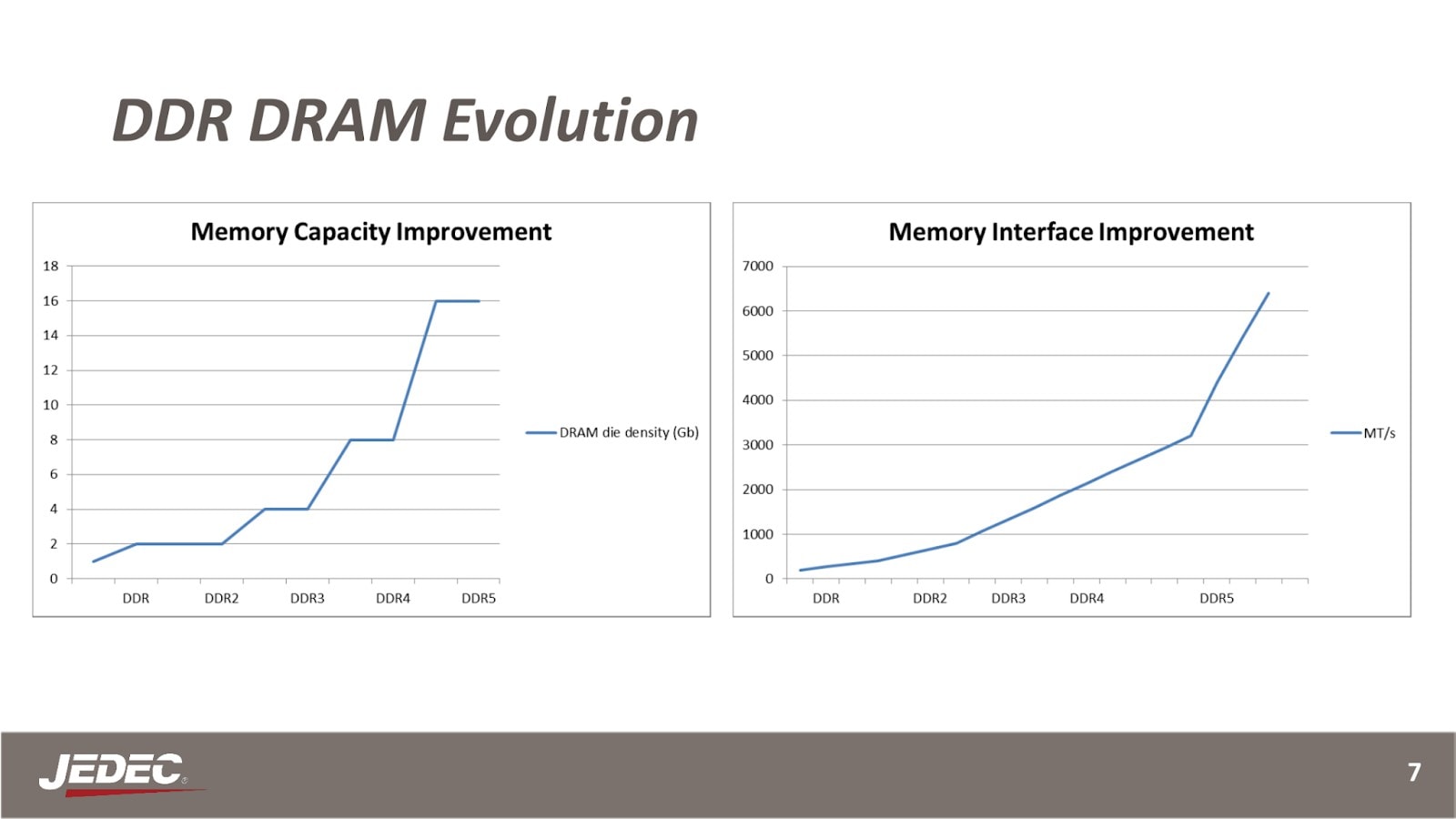 There are a few more significant improvements with DDR5, but discussing them gets very technical very quickly. So, instead of discussing them here, we’ll point you towards a Linus Tech Tips video for a quick overview:

There are two ways to look at the DDR4 vs. DDR5 choice. If you’re thinking purely in terms of value, then DDR5 isn’t really worth it right now. The performance advantages aren’t nearly significant enough to justify the cost of DDR5 at these early stages.

However, DDR5 will become the standard eventually. Hence, there is some value in “future-proofing” your rig by buying a DDR5 motherboard now. It’ll be pricey, but you won’t have to swap motherboards in the future once DDR5 becomes fully mainstream. And there still are performance benefits to be had, even if they’re not super exciting.

As such, we don’t really think there’s a wrong decision to make here. It fundamentally boils down to how much you’re willing to spend when building your new rig and how important it is for you to be at the cutting edge. And, no matter your choice, it’s probably a good idea to check out our guide to RAM to brush up on all the other factors you’ll have to consider. 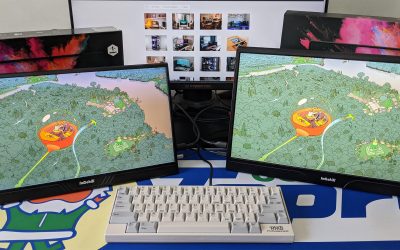 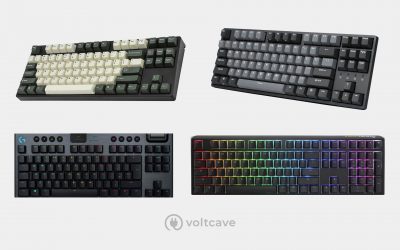 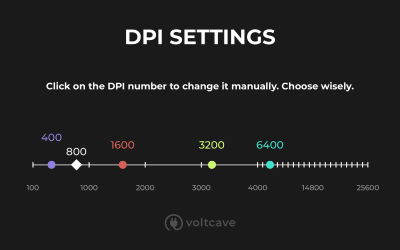