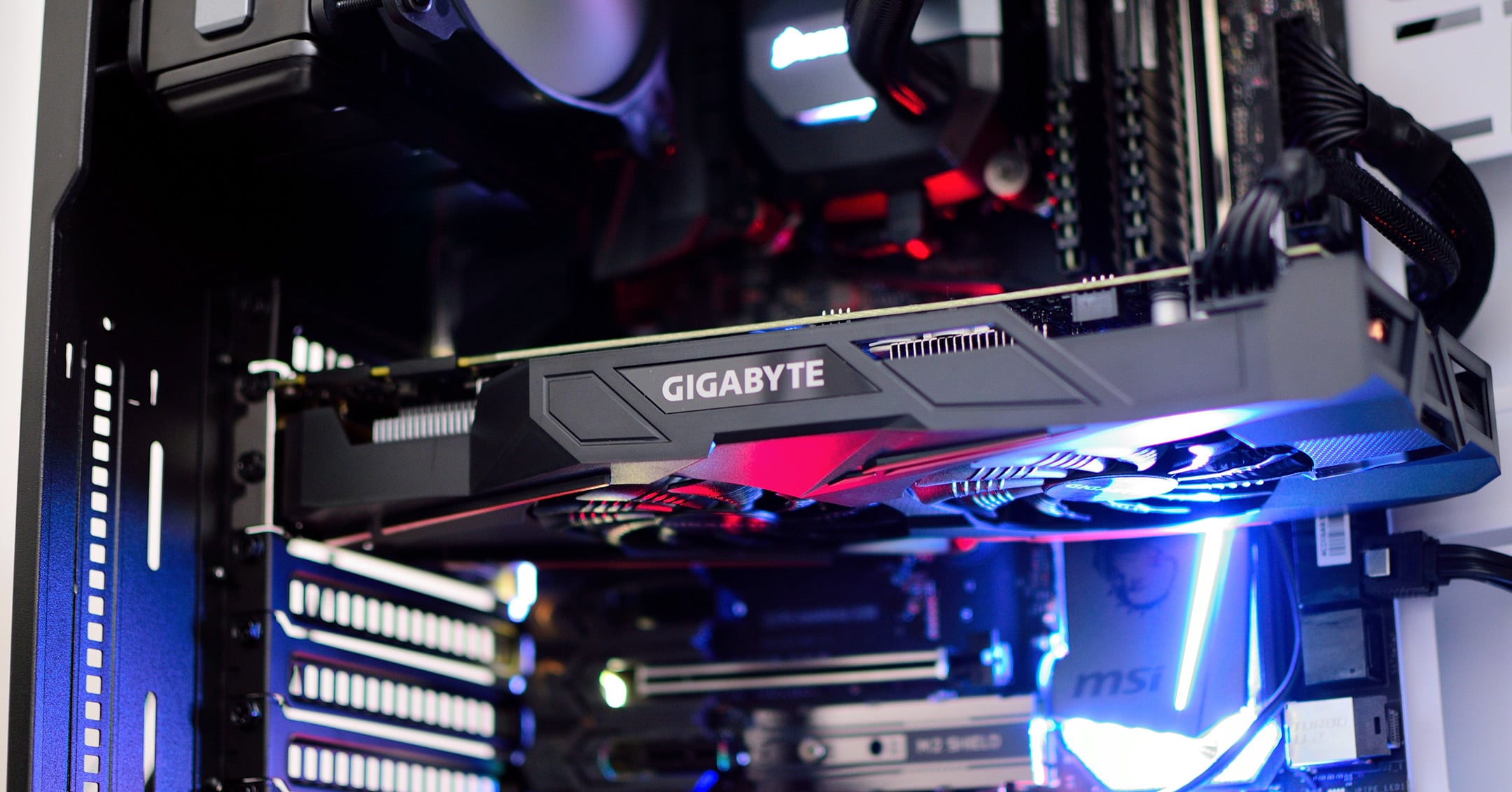 Is your expensive graphics card succumbing to the forces of gravity? If so, you’re not alone. GPU sag is common and can affect even brand new cards. An unlucky combination of GPU bulkiness, design flaws, and poor PC case fitment is often the culprit. In this article, we cover what GPU sag means for your card and a variety of ways to fix it.

In most cases, GPU sag just makes your build look sloppy. Its effect on performance has so far proven insignificant and damage to your components is improbable — GPUs and PCI-e slots are made to handle a lot of stress. We wouldn’t worry about slight GPU sag unless its appearance bothered you.

Like we said, they can handle a lot. Source: NVIDIA

Extreme cases of GPU sag, however, could pose a problem. The worst-case scenario is a sagging graphics card could eventually lose contact with the PCI-e slot. No damage would be done but your display could randomly go black. Not fun.

How to Stop GPU Sag

Whether you’re hoping to fix a severe case of GPU sag or you’d like to nip the problem in the bud before it gets worse, there are plenty of workable solutions you can try.

Use a GPU Support Bracket 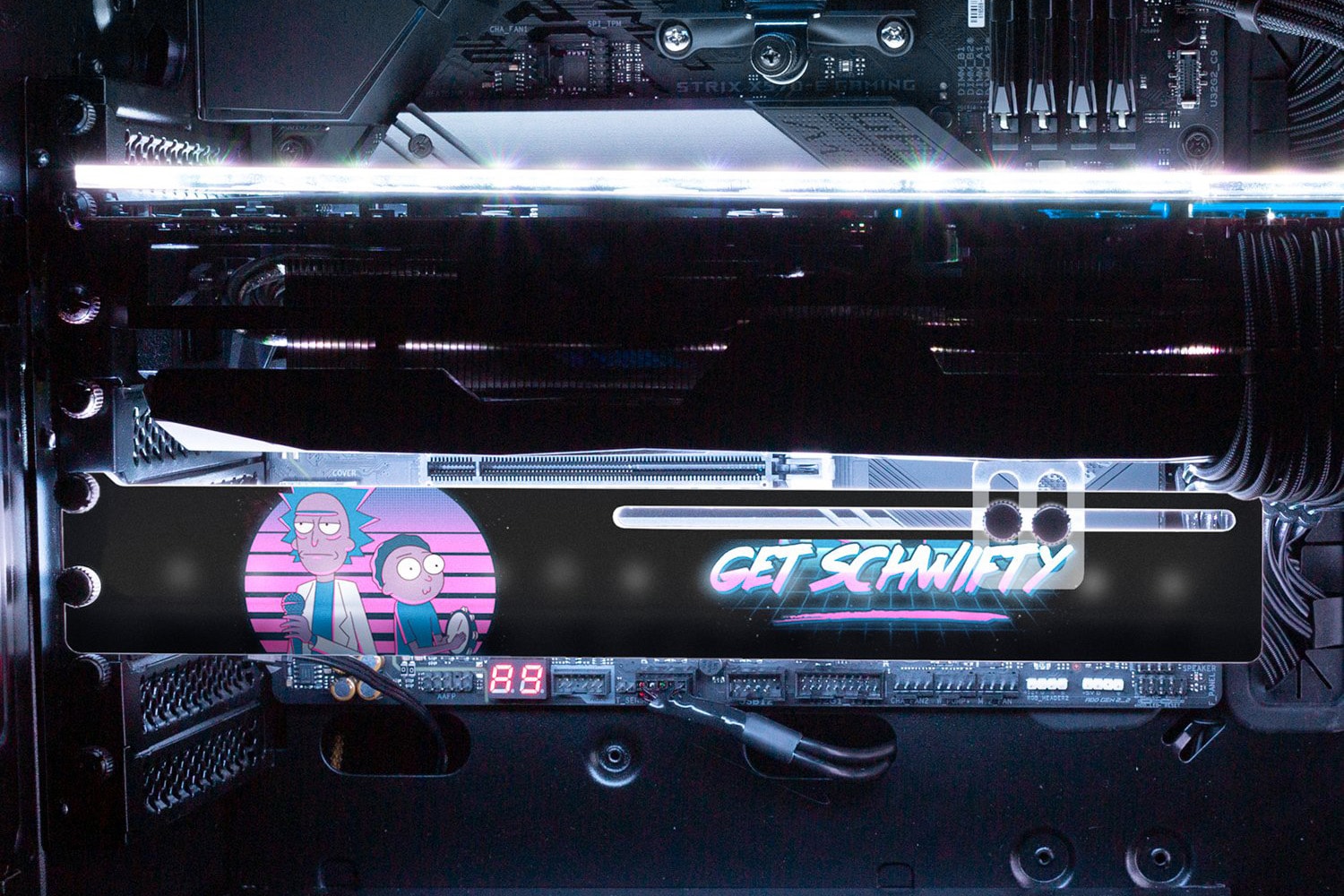 The most straightforward solution is to install a GPU support bracket. These support arms attach to the PCI slots below your GPU and physically support it from underneath. It also has the additional benefit of adding another area of customization to your PC build. GPU support brackets range from affordable aluminum attachments to fancy custom RGB products like the one shown above. If you don’t mind installing another component to your PC, a GPU support bracket can do the job reliably and add some extra pizazz to your build. 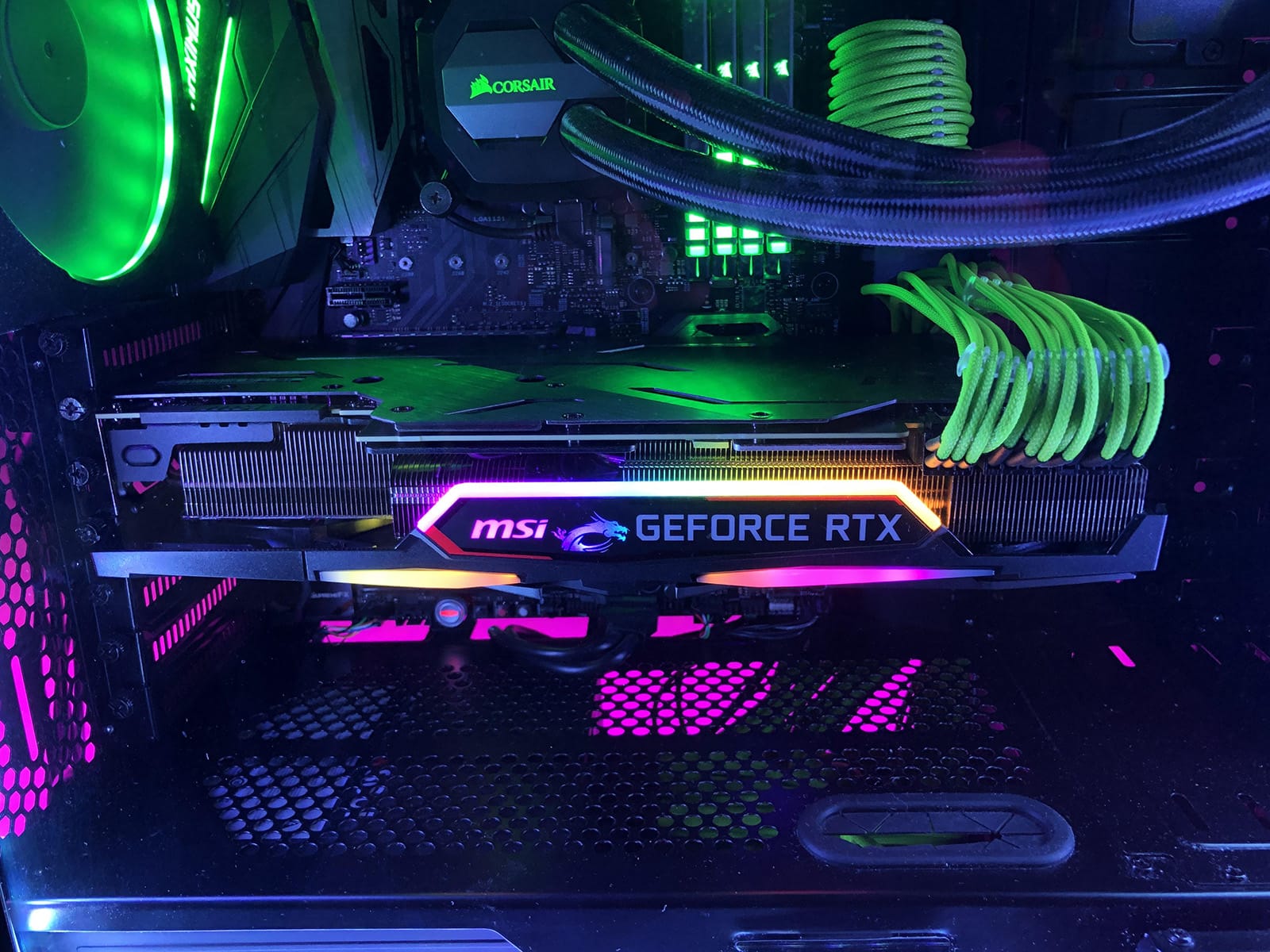 This DIY solution is free and easy if you’re able to pull it off. Simply route the PCIe cables over the GPU with enough tension to lift the card. Depending on your setup, this may be all you need to fix GPU sag. However, this may not be the most aesthetically pleasing option or even possible in most scenarios situations.

“Hang” It Up With Wire

Over the years, we’ve seen people pull up their sagging graphics cards with all kinds of different wires. We’ve seen zip ties, yarn, and even floss used to “hang” GPUs to the top of PC cases. 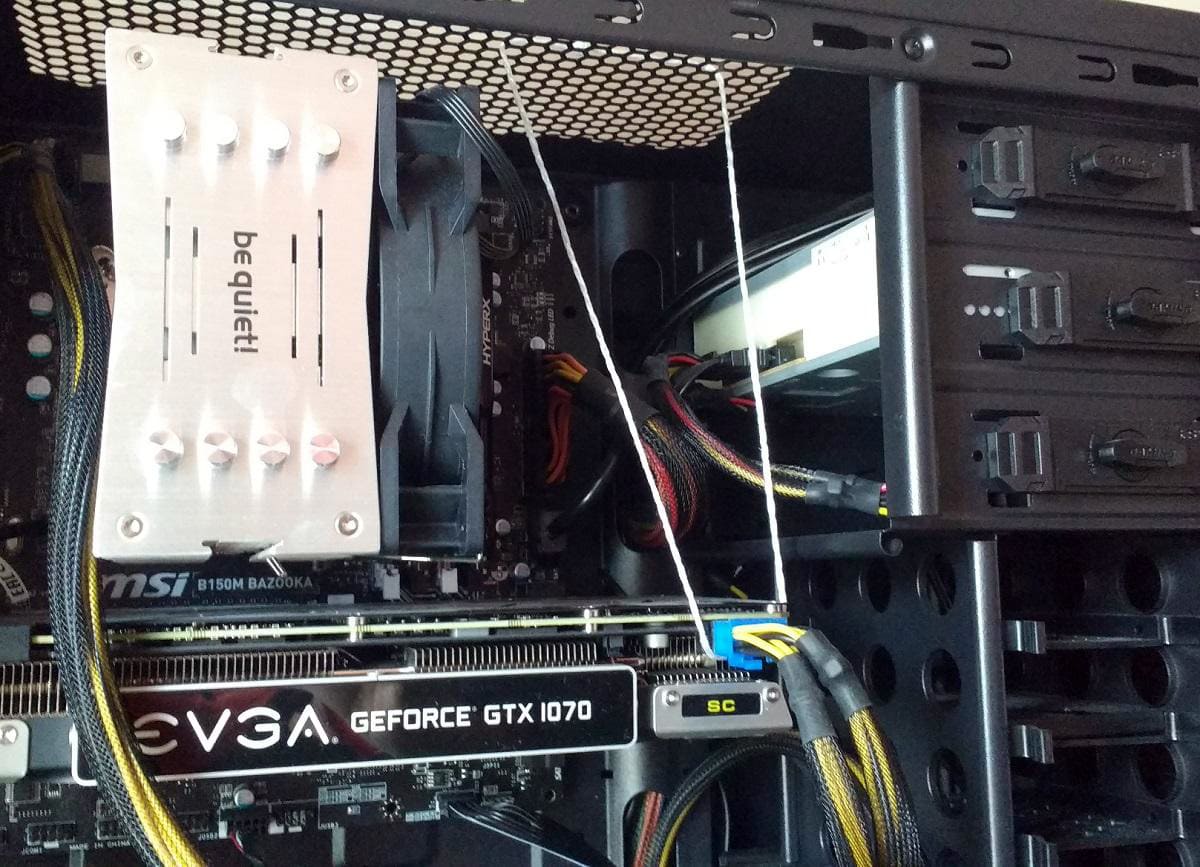 If you opt for this route, we recommend using a strong and translucent material like fishing wire so it can stay mostly out of sight. 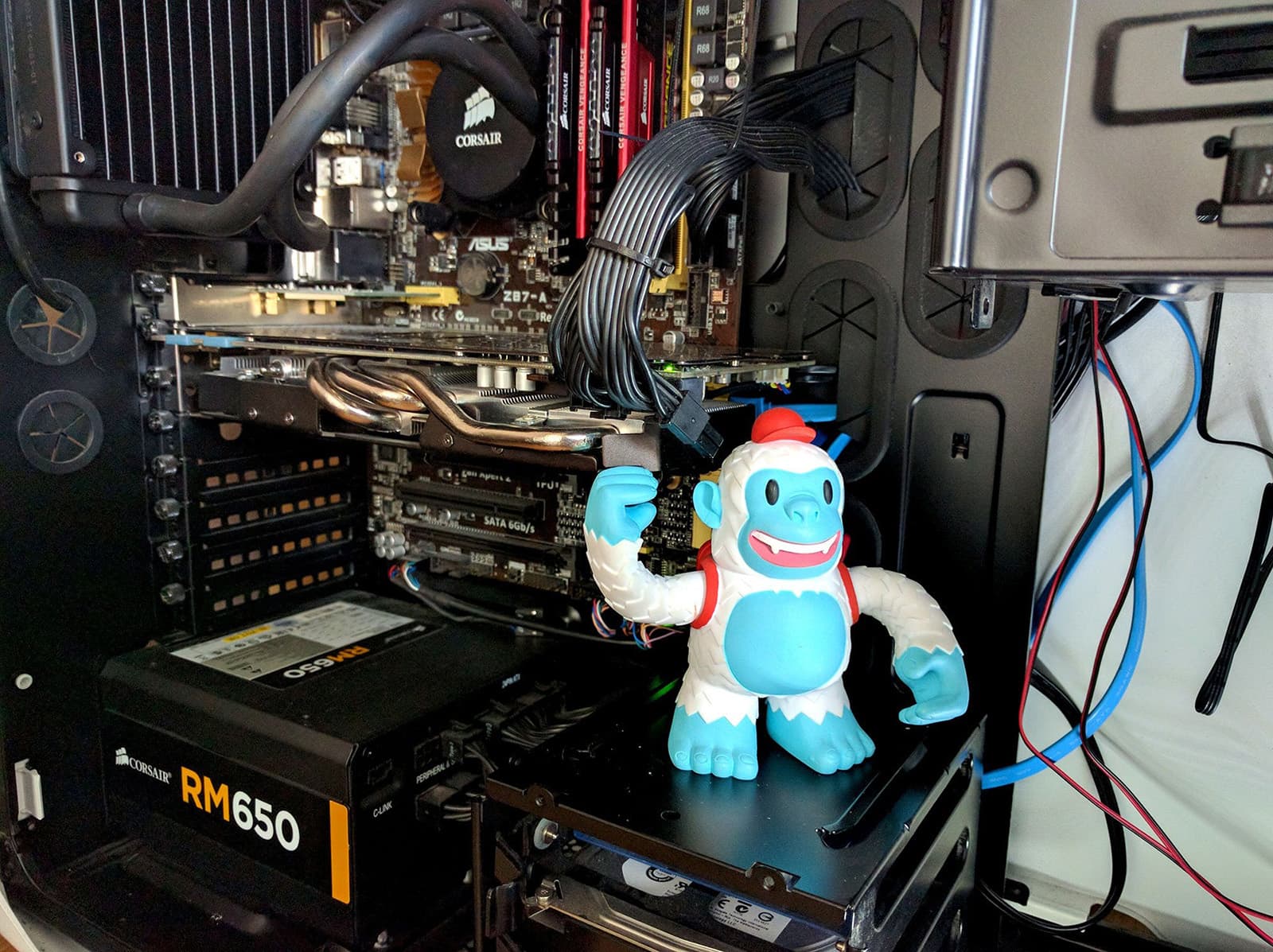 Another classic DIY solution is to prop up your GPU on its sagging right side with a solid object. You can get creative here. We’ve seen people use Legos, Funko Pop figures, pencils, chopsticks, and more. This solution can add character to your build but might be unstable depending on what you use.

Most GPUs that sag immediately upon installation have small gaps between the card and the case. Youtuber JayzTwoCents has a helpful video pointing out the two main problem areas.

Watch the video for more details, but the solution is essentially this:

For Fun: Mount Your GPU Vertically 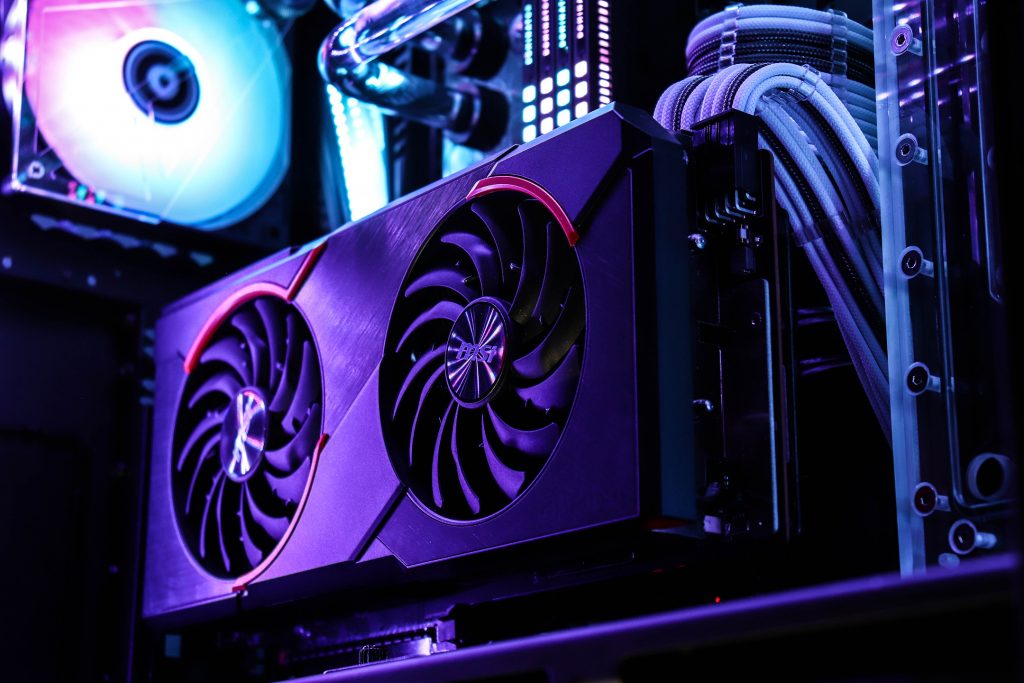 Sag should technically no longer be a problem if your GPU sits vertically. This can be achieved in a number of ways including laying your vertical PC case on its side (not recommended), moving to a horizontal PC case, or installing a vertical GPU mount to your existing build. We personally don’t think mounting your GPU vertically is worth doing just to prevent GPU sag, but if you like the look, why not? If you needed another excuse to upgrade your build, here it is!

Just Tell Me What To Do

In the end, GPU sag is mainly a cosmetic issue — so we’d recommend the solution that is most cosmetically pleasing to you. If you’re more of a minimalist, go with the PCI cable or wedging solution. If you’re all about making your PC look as cool as possible, grab an eye-catching GPU support bracket or vertical GPU mount. 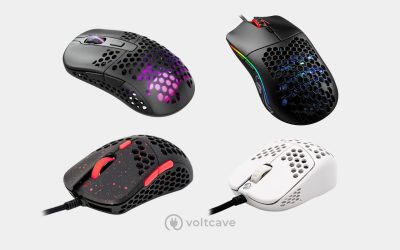 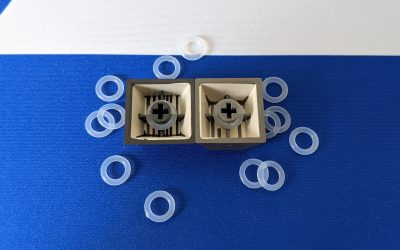 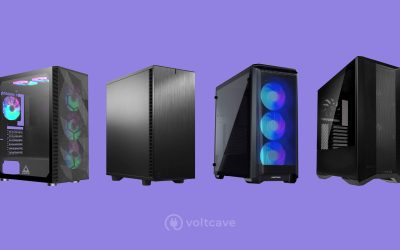